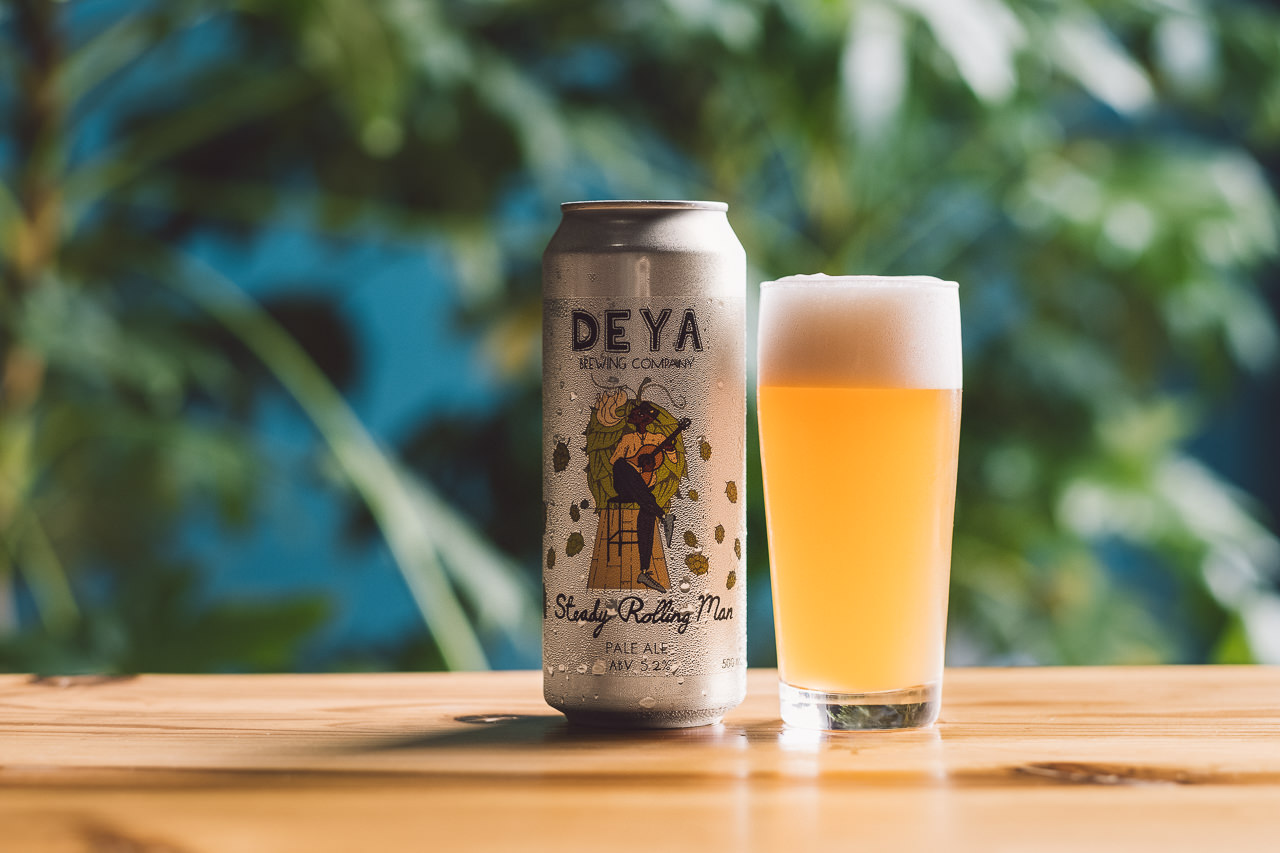 Style Icons is a series of quick-fire interviews with some of the people making the best representations of a range of styles.

Considered one of the best breweries for (but by no means limited to) hoppy, juicy, hazy beer, Cheltenham’s DEYA produce one of our favourite Pale Ales: Steady Rolling Man. Regardless of the ubiquity of New England IPA, DEYA’s owner and co-founder Theo Freyne believes hoppy beer has much more to give.

What do you love about hoppy beer, and why?

“The hoppy beers we make go-to everyday beers while being incredibly intense and delicious, I like that!”

“Drinking other versions to an extent, although no one in the UK was brewing our style of pale ale/IPA at the time (or very few were), so we took a lot from online forums and discussions (American). Plus, we track what brewers across the ponds were doing, to get the flavour profiles they were talking about, and appearance.”

What should people look out for in the style?

“In hoppy beers, I think they should be blowing you away with aromas (hopefully fruity and piney) and have great drinkability. Great mouthfeel, cleanliness and a good balance of bitterness and sweetness will make the beer very tasty and drinkable. With pale ales and IPAs, there’s such a canvas of ingredients to draw on: so many different malts to play around with, yeast strains (and yeast strain blends), water treatments to accent certain areas of the beers, and of course different hops and new hop varietals. There are so many variables to change —that’s what we find the most exciting, and what I look at in other breweries’ beers. We are starting to brew some fruited sour IPAs now as well, which are fairly ridiculous—but very tasty!”

“Tough question! I think Steady Rolling Man is a great example of what we do as it’s juicy, hoppy but also very drinkable and a great pint…

Faith from Northern Monk and North’s Sputnik are great Pales. The Kernel, Wylam, Verdant, Cloudwater, Burning Sky, and Track would be breweries I drink most regularly (there are so many!!)… all the big hitters!
When I went to America, I loved Maine Beer Co and Treehouse, too.”

“, I’m not very good at food pairings! Pizzas tend to work though…”

Finally, what exciting things are you working on at the moment?

“We are aiming to launch two blends from our mixed fermentation barrel programme this year which is very exciting. Loads of exciting new hoppy beers and some lagers as well. We’re also working on an expansion of our brewhouse and taproom: all stations go!”