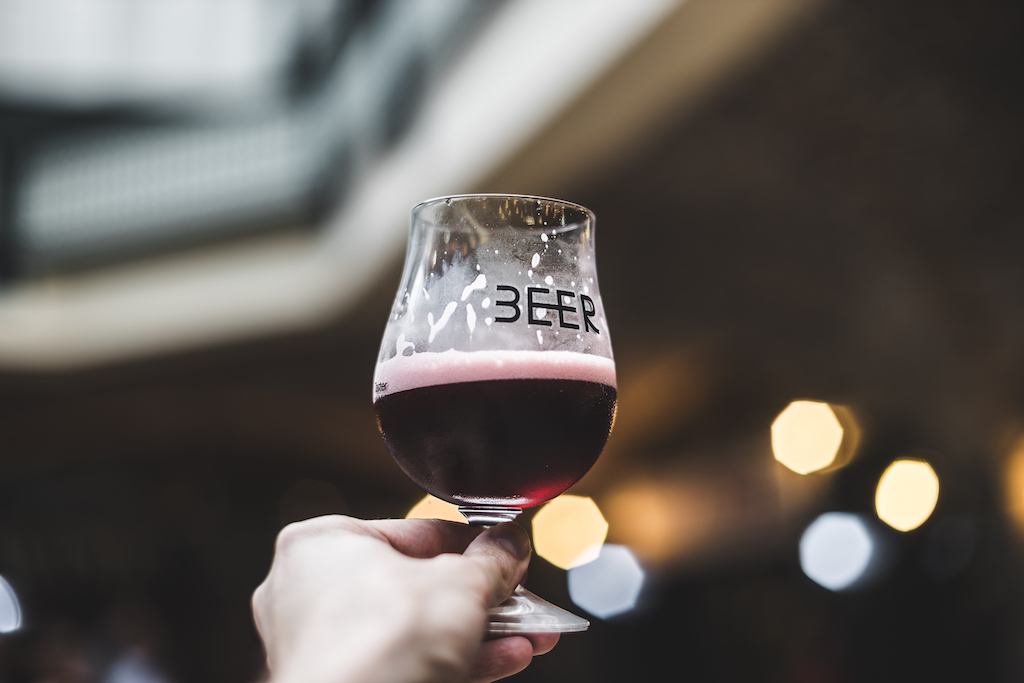 Low ABV, Core Range, and Simplicity: Our Predictions for the Year Ahead

Well, 2018 is over. A year that embraced trends unlike any year before it, it saw the continued rise of hazy, juicy IPA, the reactionary Brut IPA step into the game, and the words ‘buyout’ and ‘takeover’ enter the vernacular of the beer world to a greater degree. Arguably, it was one of the most creative and exciting years the brewing industry has seen yet, and it was certainly fun to throw three of our greatest celebrations of beer in the midst of all of this.

With last year done and dusted, and a new one in its infancy, we sat down to think on our predictions for the year ahead, and what we think will excite beer geeks and beer newbies alike.

“Looking at trade-based events and having attended exhibitions across the country, I’ve noticed the sharp rise of low-ABV beers and a huge growth in the alcohol-free drinks world as a whole.

Within beer, we’ve seen the foundation laid by the likes of BrewDog and Mikkeller, and now breweries like Big Drop are expanding the offering and upping the low-ABV game. Personally, my favourite beer for some time now has been The Kernel’s Table Beer, proof that you could pack flavour without needing high ABV.

As greater health consciousness progresses across our industry, I predict a greater focus on lower-strength beer—without compromising on flavour.”

“Whether it’s a prediction or a hope, I’d like to see fewer people focus on the hype breweries and return to the breweries that are smashing their core range or beer style they specialise in. I, like many others, was well and truly aboard the ‘fuss train’. Of course, there are still beers I see on social media and pine over them, but when it comes down to it, some breweries are just creating consistently cracking beers that are part of their core range.

If anything, more focus on these will only will breweries to keep improving these beers. Too many breweries are seeing trends and trying to jump on the bandwagon; sometimes it pays off and a delicious beer is brewed but more often enough, an okay-ish beer is the end result. So my prediction is a return to those ‘constant’ beers and less people commuting on the hype train.”

“With more breweries thinking further outside of the proverbial box last year, and breweries such as Harbour, Wild, Burning Sky, and Mills (the highest rated brewery on Untappd for 2018) simultaneously producing excellent wild and mixed-fermentation beers and growing interest in them, one area I’ll be keeping a beady eye on is fermentation. With fermented beverages such as kombucha and kefir entering the mainstream more of late, and breweries across the world experimenting with the likes of Kveik yeasts last year, I think we’ll see a rise in interest in less conventional fermentation methods—not only from breweries, but the consumer base too.

As the mindful drinking movement grows, and with more young people drinking less than ever before, so too will the number of lower-alcohol beers grow. The industry has been paying attention to wellness and health, both mental and physical, and with well-balanced and delicious beers available at lower strengths (The Kernel’s Table Beer one of my common ), beers both easy on the health and the palate will become much more popular.

Finally, I wouldn’t be surprised to see breweries start getting even more creative. Sure, the likes of Omnipollo and Buxton are replicating bakery practices with the cakiest beers we’ve yet to see, but what next? A few breweries, Wiper and True included, have played around with gin barrels, and I’ve tried a few Vermouth barrel-aged beers. But what about a sour that plays around with the flavours of vodka-based cocktail? I’m not suggesting 2019 will be the year everyone goes nuts, but at this point, I wouldn’t be shocked.”

“Wow! We’ve been in a whirlwind couple of years when it comes to new beers, and, oh my, haven’t we drinkers loved it. Ever new hop combinations, can launches, collaborations, and innovations have dominated taste buds, menu boards and Instagram feeds alike. However, I have noticed my increasing desire to visit old favorites, and I’ve certainly been getting the strong sense from brewers they’re enjoying making already great beers incrementally better – turning greats into hopeful classics. I like this trend, I really hope it grows in 2019 as I think it’s important for everyone – breweries, the business and us, the drinkers. A new release is always exciting, but so is walking into a pub seeing an old friend!

Most of the great beer drinking cultures have their own way of doing it, and at the heart of ours is the pint in the pub. I think there’s a lot of great modern beers out there that suit the session we so love – crispy pils, dry Belgian pales, balanced pales. I think we’ll see a lot of breweries focusing on world class session beers and making them proper flagship brands for their breweries. Craft beer is brewer led and these are the styles that they love to drink – I think tap list and festivals will reflect these tastes more and more in 2019.

I love to drink seasonally but I think it’s maybe something we’ve lost a little in the UK over the last few years. I think as something we’ve grown accustomed to in food, we’ll much more seasonality in beer releases; be that more porters, browns and ambers we see on the winter drinking taps at the moment, or breweries reflecting the spring and summer seasons through fruits and other ingredients. I’m expecting 2019 to be a wonderful journey of flavour reflecting the seasons’ produce, and the kinds of drinking we want in those times.

I think (well, I really hope…) that we’re seeing the green shoots of a new era of loving cask beer. We’re definitely seeing some top modern breweries reinvesting in cask; putting love and passion into it and finding the outlets to show it the respect it deserves. For sure, more breweries coming to the festivals are wanting to showcase it as a part of what they do. I’m expecting more and more cask advocates in breweries, and on both sides of the bar in 2019.

We all know beer and food is a match made in heaven, if done right. Craft beer as part of the street food and casual dining sector has been a major part of ‘going out’ for the last 4 or 5 years. However, 2019 will be the year we see it fully established into the higher end of food—seeing great sharing bottles alongside wonderful lagers and pilsners in the very best restaurants is so exciting. Hats off to places like the Timberyard in Edinburgh, or Smoking Goat in London for really pushing the agenda forward. Ultimately fermentation is the wonderful alchemy that connects the very best chefs and brewers together in an appreciation of flavor – and I think that’ll grow ever stronger in 2019.”