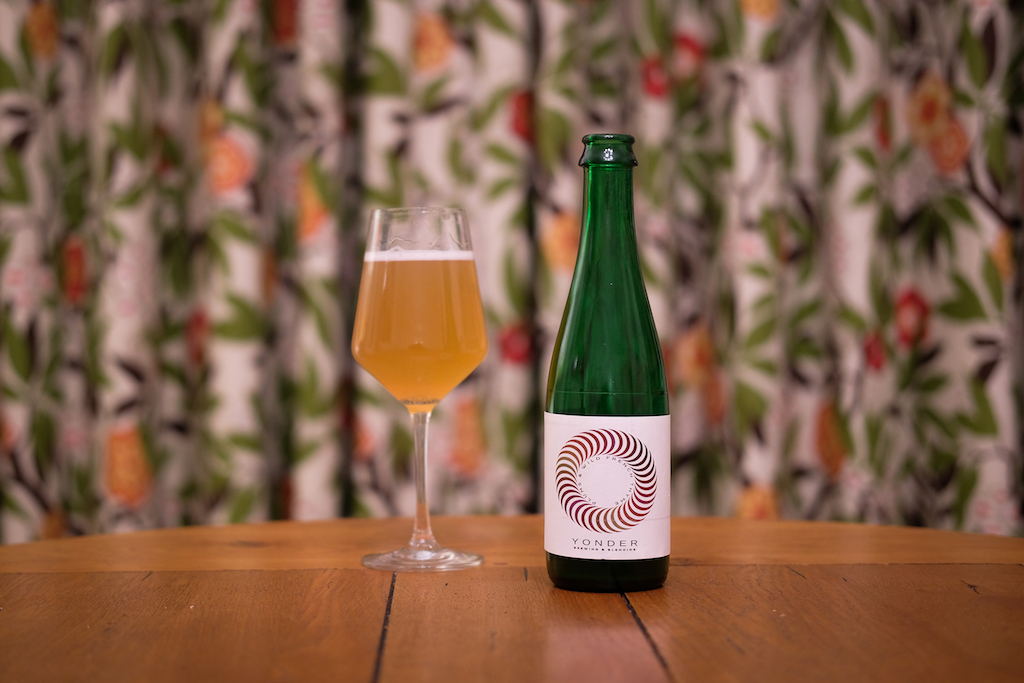 Fridge Fillers is a series of reviews of beers we find in our fridge, from exciting new brews to the old favourite we just keep coming back to.

like me, you had a festive period filled with too much food (including two full, over-indulgent Christmas dinners—don’t ask) and too much rich, warmingly decadent booze, you’ll also be keeping an eye out for something light, refreshing, and revitalising. Yonder Brewing’s Plums & Wild French Thyme iteration of their Loop series is all of that and more.

Founded in early 2018 by Stuart Winstone and Jasper Tupman, Yonder Brewing and Blending quickly set about producing mixed fermentation and foraged produce-based beers. Unlike some young breweries, Yonder needed no grace period, having cut their teeth at The Wild Beer Co, a stone’s throw away on the other side of Shepton Mallet. For fans of their previous employer, such as myself and the We Are Beer team, Tupman’s name might ring a bell or two, as he created the creative ‘Rooting Around’ series—a range of beers flavoured with foraged ingredients. Winstone, too, has interests found in foraging: his LinkedIn profile lists ‘Hedge Botherer’ as one of his roles, though at a different company.

Epitomising an ever-growing interest in wild and mixed fermentation, Yonder use the “naturally occurring microbes of the Mendip Hills” to spontaneously innoculate some beers and a carefully-maintained house culture for others. Their small, but high-quality roster of beers, each with its own sense of time and place, have been very well received across the country. And rightly so.

The Autumn 18 edition of Loop is a beer indicative of its producers’ talents. A sprightly and lightly herbaceous nose leaps out of the glass, bringing with it notes of lemon peel, green apple skin, hay, and freshly cut grass. And, of course, plums. Once swilled around the mouth, puckering the lips somewhat, the light body and gentle carbonation evoke flavours of hay once more, sherbet lemon, a hint of bread revealing the beer’s wheat base, and a touch of plum. The plums and French thyme contribute to the overall flavour of the beer, but at no point entirely leap out—rather, they form part of the ensemble with the fresh, wheaty base, and the various microflora that up the brewery’s house culture. An uptick in seasonality is one of our predictions for 2019, and this beer exemplifies why.

With a few sips, memories of two enormous turkeys, stouts, and nap-inducing volumes of Port have washed away, replaced with thoughts of a promising young brewing culture, and an exciting year ahead. Keep an eye on those hedgerows.