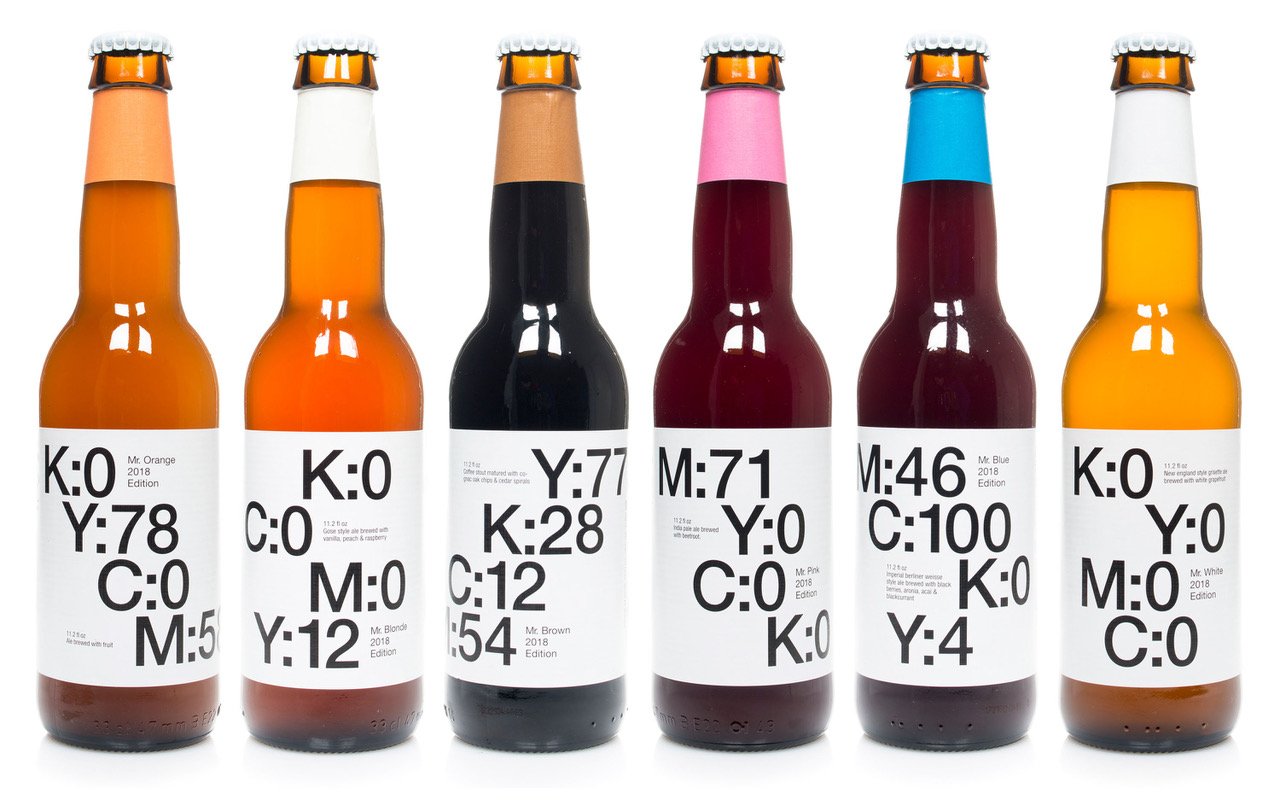 Artist’s Palate: In Conversation with To Øl’s Kasper Ledet

Within Artist’s Palate, we speak to some of our favourite creatives in the beer world about their work, their method, and their inspirations.

Kasper Ledet, the creative force behind To Øl’s iconic designs, is a prolific designer, working with brands from all over the world. He’s perhaps best known, however, for his eye-catching and incredibly varied work for the Copenhagen-based brewery To Øl. We spoke to him about his work.

Can you talk us through your creative process? How do ideas form, how do they go from idea to design?

“With the design we usually start out by discussing what kind of beer it is and what it needs to communicate. We often use music as an analogy to explain what a certain design needs to express. An experimental porter could be a dark post-punk track while a sessionable IPA could be an early nineties dance-pop tune. The comparison to music may seems strange but for us it makes sense since both music and beers are abstract experiences.

Just think about how difficult it is to actually describe a flavour with words. You can or course compare it to other flavours but describing the flavour itself is almost impossible. The creative process can differ a lot. Sometimes the solution is very clear from the beginning other times it takes a lot of sketching and test to figure out what to do.”

What are your biggest sources of inspiration?

“Our visual universe is inspired by a wide range of sources, here we will just focus one that may not seem very obvious at first glance: the German theatre director, playwright and poet Bertolt Brecht. Brecht was active in the first half of the 20th century and produced a wide range of plays.

A key element in his work was the Verfremdungseffekt (the distancing effect); the basic idea is that you need to make the audience aware of the play as a construction, or as artificial, so they can form their own critical ideas about what they are watching, and the underlying agendas that went into creating it. One of the techniques Brecht used to do this was breaking the fourth wall and having the actors address the audience directly. The idea of Verfremdung had far-reaching implications beyond theatre, and inspired many artist, authors, musicians, filmmakers, designers and architects.

At To Øl we often try to be self referential in our artwork as a way of making our customers think independently and critical about it. We mostly do this by referring to the tools of graphic design or the process that went into creating the artwork. Examples of this can be to print the CMYK colour codes in plain text, making designs that looks like colour pickers or including bounding boxes and grids in the actual layout. We also try to achieve the Verfremdungseffekt by having unusually under-lit and grainy images or by using photos depicting scenes or objects that is rarely seen in the context of craft beer.”

What was the coolest thing you’ve created, or your most fulfilling experience?

“It is hard to point out a single things or experience. But we do really like it when we sent out a design which we are really unsure of and receive a positive response.

A good example of this is the design for The Haze Craze which basically consists of a photo shot through a frosted window on a cloudy day. When we decided upon using this image we were really in doubt if people would get it. Was is too strange, too boring or too abstract? We got really positive response when it was released and it encouraged us to make more experiments in that direction.”